For Pest, Insect and Wildlife Control, Contact Us on 01580 754839 or go to our contact page for more information.

Fen Pest Control Ltd is based in Hawkhurst in Kent and most of our work is within a 50 mile radius taking in towns such as Hastings, Heathfield, Tenderten and Tunbridge Wells. We deal with many different types of animals, insects, vermin and other pests in our line of work. Rats, mice, squirrels, rabbit and moles are some of our more common infestations but we cover a wide scope of pests and wildlife.

With 35 years of experience under our belt, we’ve come to know the best and most direct way to deal with each problem that arises. On this page we highlight the more regular issues facing domestic, commercial and agricultural customers in Hastings, Tunbridge Wells and the surrounding areas, and how we deal with them. 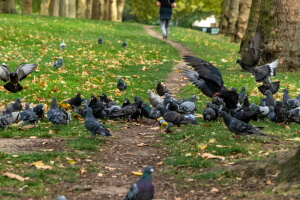 Much of the damage caused by feral pigeons arises from their infestation of buildings. Food stored in warehouses and processing plants may be eaten or contaminated and the machinery fouled. Where food is stored, the feral pigeon can become a serious problem by transferring its attention from spilled food to that actually in store.

Pigeons fouling monuments and buildings is an age old problem. The acidity of their waste is not only unsightly but can also react with the chemicals of the brick and stonework and cause erosion. If pigeons get into buildings with foodstuffs, this has an even larger health risk as droppings will encourage mites and insects to breed and spread disease. We use humane, effective pest control methods to help rid your Heathfield or Hastings buildings of feral pigeons.

Fouling of buildings and monuments frequently occurs at places where the birds rest or roost. This is not only unsightly but may also have a destructive effect as the acidic droppings, by reacting with the chemicals in the stonework, can cause erosion of the surface.

Feral pigeons transmit disease, either actively or mechanical. A high proportion of feral pigeons are infected with ornithosis ( a mild form of psittacosis) and there are proven cases of man catching this disease from pigeons.

Accumulations of feral pigeon droppings inside buildings can become infested with large numbers of mites and insects, including some species of moths and beetles which are pests of stored food products. Foodstuffs stored nearby may acquire infestation from this source.

Grey squirrels can cause major damage to homes as well as trees in the Tenterden and Tunbridge Wells areas. With their strong incisors, they can destroy young sapling of all species of trees as well as make their mark on older species. The grey is also a dab hand at chewing through cables in the home and causes all sorts of internal utility issues. The pest control we offer is cage and spring trapping as well as poisoning. Contact us now to find out more about our services.

Bark-stripping damage to trees by grey squirrels is a major concern. Damage normally occurs during the months of May, June and July and occasionally in August. All tree species can be attacked. Squirrels will cause serious damage to the insides of homes/lofts such as chewing through wire cables.

Cage-trapping, spring-trapping and poisoning are the recommended methods of control.

Fen Pest Control true expertise comes in tackling problems in areas that other companies tend to avoid. Rats and mice can appear anywhere and often do. As preferred pest control contractors for major UK companies such as Carillion Highways Maintenance, TFL and Balfour Beatty, we have reduced complaints of mice and rats by over 300%. This was achieved by controlling rabbits, mice and rats over large stretches of motorway embankments on the M25 and M20 near Tunbridge Wells by gassing and trapping.

Mice are more of a problem in buildings because they live indoors. They are more liable to cause fires by gnawing cables and they can damage insulation in animal housing causing costly heat loss and expensive replacement.

This can be a major problem for agricultural customers as they are known to damage insulation in animal housing on farms, causing heat loss and animals to suffer.

Mice carry diseases such as salmonella and transmit a type of Leptospirosis through their continual dribble of urine, which contaminates feed and foodstuffs. This is a particular problem in poultry units and pig housing. Also when mice get into grain stores, warehouses and shops, it’s like Christmas for them.

Mice carry disease such as Salmonella and they can also transmit a type of Leptospirosis, but not Weil's disease. Their continual dribble of urine contaminates food and feedstuffs. They are a particular problem in poultry units and pig housing and a very real pest in grain stores, warehouses, shops, hospitals and even domestic premises. They can enter a new location through gaps as small as 6mm, mice build nests which are hard to find, populating an area with new colonies quickly with devastating effect.

Because mice can reach sexual maturity 42 days after birth, populations grow much faster than those of rats, which take about twice the time to reach maturity.

The difficulty of preventing access, coupled with the rapid population growth, means that a large building may contain a number of colonies, each of which must be treated as a separate infestation.

Moles are very quick at destroying perfectly formed lawns and grounds. Our services cover a large part of Kent and Sussex in dealing with the problem. Moles breed at such a pace, that they can be hard to be brought under control. We recommend that as soon as you see a molehill; call our expert team right away. We help with infestations in gardens, meadows, fields, paddocks and golf courses in Hastings, Heathfield, Tenterden and Tunbridge Wells.

We are able to offer an all year round control program including the use of pheromone traps, cutting out of webs and spraying. We believe this to be the most comprehensive treatment program available in Hasting, Tunbridge Wells and surrounding areas. The following are a sample of common species of insects treated by Fen Pest Control:

Mink problems arise in two main areas, that of damage caused when nesting/breeding. Where mink may set up home on a boat or in a shed or when the more serious problem of preditation occurs mink will take more than their immediate requirement for food killing wild and commercial fish stocks domestic poultry, small pets and ornamental water fowl. They have also been linked to decline of the water vole.

Release or escaped into the wild usually from fur farms.

These animals are controlled by the following methods: 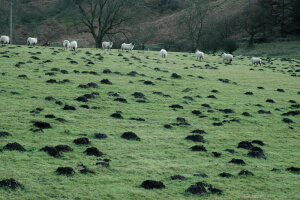 Rabbits can damage or kill planted nursery stock and young trees of many species. They may also prevent natural regeneration in woodlands. The damage ranges from eating young seedlings to cutting off the leading shoot, browsing branches and removal of sufficient bark to check or kill young trees. Rabbits may attach both semi-mature hedgerow and woodland trees or weaken the roots by digging.

Rabbits feed primarily on grassland or cereals but they will take a wide range of other crops. Roots, brassicas and market garden crops can suffer severe damage, both to the growing plants and the marketable end-product.

They destroy and contaminate foodstuffs, damage buildings and materials, and spread disease. Rats live alongside man, invading his buildings and eating his food. Farms, houses, hospitals, schools, food factories, hotels and restaurants all provide shelter and sustenance for an exploring rat.

In Britain, in both town and country, the Norway or Brown rat is the major species.

Having vermin on your doorstep is always distressing, so here at Fen Pest Control Ltd we can help you with our discreet, humane and efficient services to rid your domestic, commercial and agricultural property of mice and rats. We’re a leading expert on dealing with rats and mice for customers in the Heathfield and Tenterden areas. We also cover Hastings, Tunbridge Wells, Kent and East Sussex with our effective and skilled pest control.

Not only do we specialise in the removal of mice and rats, we also offer pest proofing to secure your Hastings or Tenderten property to help to prevent future infestations. Our pest control services will ensure you're protected from disease ridden rodents by using the latest in tracking, trapping and removal technology alongside tried and tested pest control techniques.

Fen Pest Control finds many instances where a mice infestation has populated premises in Hastings and Tunbridge Wells within days and built many new nests. Mice nests can be at times, particularly hard to find and a large building may contain several colonies. Each one must be treated as a separate infestation.

Rats are a far more potent type of rodent than mice. They can damage buildings, equipment, spread major disorders like Leptospirosis (Weil’s Disease), Salmonella and Foot and Mouth Disease. They are invasive and will happily live alongside humans, eating all food and materials as they go.

Rats are a very public enemy. We cannot stress enough how important it is to make rats a very high priority in the interests of public health for customers in areas such as Heathfield and Tunbridge Wells. If not dealt with correctly, rats can cause devastating effects on the farm, in the factory and across domestic and commercial properties.

We’re happy to deal with rats and mice infestations, whatever the size of the problem and we use rodenticides that are far more effective and more environmentally friendly than one’s you can buy over the counter. Our 40 year of experience means that we’ve the pest control knowledge and understanding on how best to deal with the common rodent.

On farms, colonies live in holes along ditches and hedgerows - often near to a plentiful water supply. In the summer they can find food in the fields but, once the crops are harvested and the weather turns cold, they move towards farm buildings. Here they feed on and contaminate stored grain and other food sources. They also damage farm buildings and equipment. In the town, rats readily find food in refuse from kitchens, hospitals, restaurants etc. They threaten foodstuffs stored in shops and warehouses where the main concern is not just the food they eat but their potential for damage and the risk of disease they carry to man and animals such as:

Rat damage in buildings can be costly. Fires can cause damage running into thousands of pounds after a cable has been gnawed. Gas and water pipes are also at risk and rat burrowing can undermine foundations and damage dykes and water courses.

The rat is a very real public enemy. Control must be a top priority in the interests of public health, safety in the workplace and to prevent losses on the farm, in the factory and in the warehouses.

If you’re in need of pest control for your domestic, commercial or agricultural premises, call now on 01580 754839. We cover Heathfield and the surrounding areas.